4 Ways to Use “Friendly Competition” to Improve Teamwork

There are plenty of people in leadership positions who 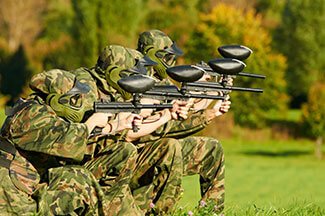 think that teams benefit from fostering competition between the members of the team. While this can certainly be true for some teams and situations, most often, organizations actually suffer when the word “team” automatically signifies “competition.” While competitive teambuilding activities can have certain benefits such as motivation and camaraderie, an overemphasis on competition can prove detrimental to the bonds between members of a team if not managed well by its members.

To make things even more challenging, many teambuilding providers have capitalized on this over-simplified version of team competition, and have marketed activities that foster highly competitive events as a tool for team development. While activities such as paintball, laser tag and wacky olympics might be fun and energizing, they seldom enhance communication and problem-solving skills or lead to improvement in team dynamics or greater buy-in from team members.

Here are a few things to remember when introducing competition during a teambuilding exercise.

How to make competition beneficial.

Many individuals see competition as a motivator to do their best for the team. With this in mind, competitive activities can be tailored to maximize the motivation and minimize the potential for negative outcomes.

Competition can help teams to focus their effort and their ideas on achieving a group goal. But competition for its own sake is seldom the best choice for building teams. Sometimes digging a little deeper into what you are trying to accomplish leads to other options for a teambuilding event, and competition becomes just one of the tools for accomplishing the goals of the team.

Looking for a great competitive teambuilding activity you can run yourself? Try this one out: